Brian Sutton-Smith
The Author of the Headline Quote: 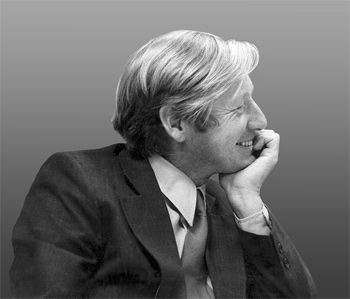 Brian Sutton-Smith (1924 to 2015) "was a play theorist who spent his lifetime attempting to discover the cultural significance of play in human life..." (Wikipedia) In fact, he wrote some 50 books on the subject of play and more than 350 scholarly articles. As a professor at various institutions, amongst them Columbia University in New York, he certainly seems qualified to put play into a cultural perspective. I’ve read a number of Brian’s books, including his most recent one, The Ambiguity of Play, and it would be difficult to summarize his theories and conclusions in a short article.

Consequently, I am taking the liberty of using my own research and discoveries to substantiate his thinking.

Introduction to our Playful Culture
By Ernst Lurker
The recent meteoric rise in all the play, gaming, hobby and entertainment industries has proven Brian right, possibly beyond his own expectations. Video games alone have grown into a $93 billion industry (Gartner, 2013), and a single video game took in $1 billion on the first day of sales, making it the biggest launch in the entertainment industry ever (Daily News, 11/6/2013). In a single year (2013), sales in the field of youth electronics increased by 32% (WSJ). Such intensive absorption in play never existed in our history before.

Financial figures can be meaningless unless they are brought into perspective with other similar human dimensions. By comparison, the entire global art market was only $59 billion (TEFAF 2013). In the space age with the Apollo program and the lunar landing, NASA’s budget peaked in 1965/66. According to NASA’s website curator, Steve Garber, the final cost of the Apollo project was between $20 and $25.4 billion.

Experts don’t just keep track of finances, they also record invested time. An astonishing statistic claims that 5 million gamers in the US are spending more than 40 hours a week playing video games – the equivalent of a full time job! (Jane McGonical, Institute for the Future). The same author maintains, "We spend 3 billion hours a week as a planet playing video games."

For such reasons and many others, video games are still maligned as a waste of time in certain circles. However, the American Art Museum (part of the Smithsonian in Washington, DC) produced an exhibition from March to September 2012 with the title The Art of Video Games. I personally regard video games as a subcategory of PlayArt, and I generally make the strongest connection between PlayArt and creativity. The exhibition at the Smithsonian featured a large wall plaque with a quote by Nolan Bushnell:

"I believe the video game, more than anything else, fosters a mindset that allows creativity to grow."

In the same year, MoMA purchased 14 video games for its permanent collection. 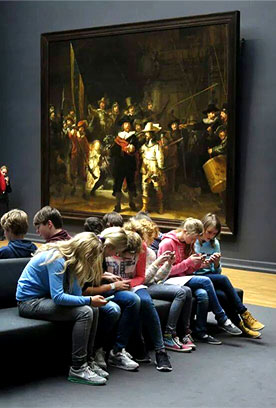 Video games are only a small part of the immense growth of our new playful culture, yet they are the most prominent and they produce the most powerful impact. They still represent only a small segment of the rest of our culture. Museums had to reinvent themselves quickly and think of ways to engage the audience in more "interactive" exhibitions in order to attract the younger audience that grew up with an assortment of such electronic devices. On several occasions, young students were observed in art museums eagerly occupying themselves with their electronics rather than looking at the static, historical paintings on the walls.
Education, politics, and all public institutions had to change and they became more "participatory" and more democratic. The computer and the Internet reinforced these developments.

Our technological progress has produced unprecedented amounts of spare time. What do we do with this additional free time? We want to play or be creative, which is in essence the same thing. Today, these developments have culminated in a state of affairs that has never been seen before. The mindset of our society has changed drastically. Puritanism with its anti-play attitude has virtually become a laughing matter. We now have a culture of play that overshadows all previous cultural achievements. It goes without saying that PlayArt has become the defining art form of the twenty first century.


The subsequent sequence of images is a vivid illustration of
Our Playful Culture.