Brian Sutton-Smith
Bibliography
We have entire libraries dedicated solely to the subject of play. The following list is only a minuscule sample of that huge number of books, but these authors and their books had the most significant influence on the philosophy of PlayArt and on the thinking of most of the affiliated artists. 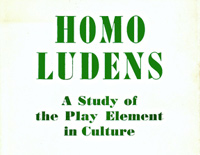 Homo Ludens
(Man the Player) by Johan Huizinga (Dutch historian and cultural theorist at the Leiden University). He maintains that play is the primary formative element of human culture.

1961
Man, Play and Games
by Roger Caillois (sociologist),
as Huizinga he separates play from "ordinary" life, but disputes his idea of the corruption of play through games. Caillois includes gambling as a category of play. 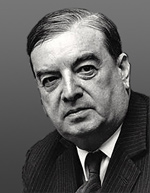 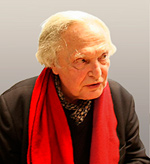 Art – Action and Participation by Frank Popper (Historian of Art and Technology, Professor Emeritus at the University of Paris). The main subject of the book is "spectator participation," and he uses the term almost exclusively in the book. He is not familiar with the term "PlayArt"; nevertheless, his study can be regarded as the authoritative precursor of any writings about PlayArt. The index contains 1,325 names (see review).

1997
The Ambiguity of Play by Brian Sutton-Smith (Professor Emeritus at the University of Pennsylvania/Education). He maintains that play is and is not what it appears to be, does and does not have a function, is and is not the purview of children.

1998
Relational Aesthetics by Nicolas Bouriaud (Director of the École Nationale Supérieure des Beaux-Arts, Paris); he coined the term in 1995 in a catalogue text of the exhibition Traffic, primarily to define "user-friendliness", participatory and interactive tendencies in art. He also uses the term "intersubjective encounters." (Review) 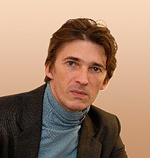 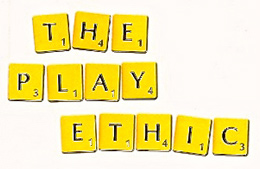 The Play Ethic – A Manifesto for a Different Way of Living by Pat Kane (musician, writer and consultant). The Play Ethic explores the real meaning of play and explains how a more playful society would revolutionize and liberate our daily lives. (From the back cover.)

2009
Play by Stuart Brown (left clinical medicine in 1989 and dedicated his career to the study of play; he became the founder of the National Institute for Play.) A blend of cutting-edge science and inspiring personal stories, this book proves that play just might be the most important work we can do. (From the back flop.) 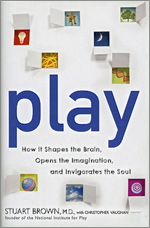 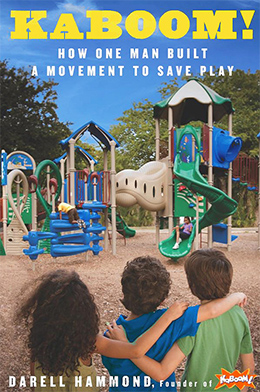 2011 KaBOOM! A movement to save play by Darrell Hammond. His powerful story is the tale of a man, and a movement, both born out of tragedy. In this social entrepreneur's inspiring journey, readers are instructed on how to take action in their own communities and given tangible steps to make a difference.